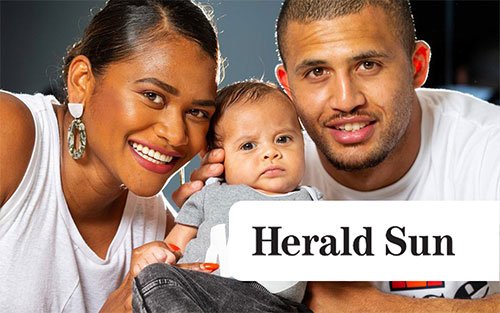 He might not know it yet, but baby Ebenezer Coriakula’s arrival is special in more ways than one.

The eight-week-old’s birth was long awaited by parents Lorraine and James, who underwent two years of IVF before falling pregnant with their baby boy.

But it’s also a milestone for Victoria, with Ebenezer believed to be one of the first babies born in the state using artificial intelligence (AI).

Clinic No. 1 Fertility used AI to help “select” Ebenezer as an embryo.

The new-age process uses the technology to scan for any abnormalities the human eye can’t see.

It then aides embryologists to “pick out” those most viable for life and hopefully increase the likelihood of a successful pregnancy, lessening the burden — both emotional and financial — associated with undergoing IVF.

Clinic director and specialist Dr Lynn Burmeister said AI was the next big thing in fertility treatment, with clinics across Australia and internationally increasingly using such technology to help couples achieve a pregnancy sooner.

“Artificial intelligence is not yet widely used here in Australia for IVF,” Dr Burmeister said.

“We don’t use it as our sole grading, we’ve got very experienced scientists that look at the embryos and a time lapse machine that takes photos of the embryo as it develops.

“But it is a growing tool for the fertility industry, and could well be the next frontier in IVF technology as it continues to evolve.”

Since introducing the technology, called Life Whisperer, at the beginning of the year, the clinic has now used it on more than 5000 embryos, with Ebenezer the first to be born.

Ms Coriakula, a first time mum, said the couple were “so in love” with their newest addition.

“I can’t even explain holding him in my arms (the first time),” she said.