What AI Can Do for IVF 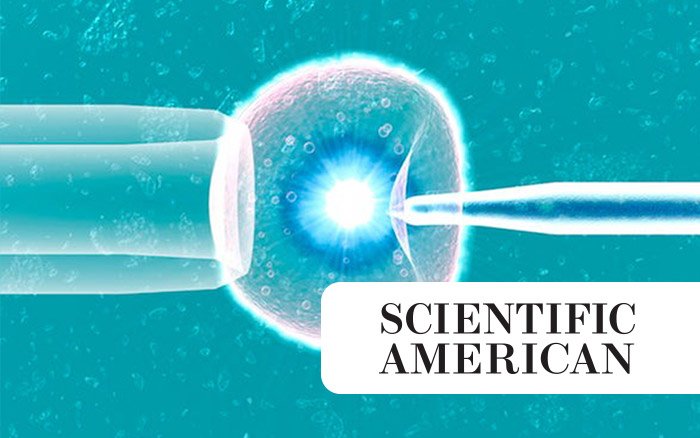 Infertility treatment is an emotional and financial rollercoaster. For couples trying to conceive (“TTC” in the many on-line support forums), repeated failure of implantation, defined as three or more failed in vitro fertilization (IVF) cycles where no clear cause can be identified, is a frequent, heartbreaking end point when the emotional, physical or financial burden of treatment becomes too high to keep looking for an answer. By some estimates, up to two thirds of patients experience failed cycles.

That means there’s a lot of opportunity to improve in a field where every small advance in technology represents a chance to make a family. A new infertility-related artificial intelligence (AI) startup thinks it can do just that—and some of the biggest players in computing are betting big that they are right.

AI is already being used to try and solve some big health care challenges. For example, IBM has developed a computational model that predicts heart failure, and has lent use of the Watson supercomputer to Memorial Sloan Kettering Cancer Center in New York to develop cancer-diagnosis and selection-of-treatment plans. Referred to as “Watson for Genomics,” the project ingests approximately 10,000 scientific articles and 100 new clinical trial reports every month, regularly generating new insights. Stanford University has reported a deep learning algorithm that predicts the safety of drug compounds and another to predict lung cancer type and patient survival. And Intel recently announced a competition to find an algorithm for early detection of lung cancer.

The idea of applying AI to infertility has been around for two decades. The closest solution currently available is the FDA-approved Eeva test, which uses time-lapse imaging microscopy to collect data over the length of the embryo’s culture period, and an algorithm to predict which embryo has the best chance of progressing.

That’s not true AI, though, because the algorithm is static—it doesn’t adapt when confronted with new information. A true AI system uses “deep learning” to refine itself on the fly based on new information. The “learning” in deep learning is achieved through training: hundreds or thousands of data points are fed into the model, so that future outcomes can be predicted—and then the predictions are compared against actual outcomes, and the model then readjusts itself. Input values can be text, sound, signals and, most importantly for medical applications, images.

AI systems for IVF are still in the experimental phase, but the results so far have been promising. In one, for example, the system used imaging with cow embryos to identify the ones most likely to survive. Overall, the artificial intelligence system had a 76 percent accuracy rating, catching small details that signaled poor quality embryos human evaluators couldn’t see.

For human infertility, a new AI start-up, Life Whisperer, is poised to address the challenge of moving AI from the theoretical and experimental to real human embryos. Steve Wozniak (co-founder of Apple) named Life Whisperer as the Global Winner in the Talent Unleashed Awards’ “Best Idea—One to Watch” category.

Start-up companies, of course, have no mandate to publish their results for peer review. Life Whisperer says that retrospective trials conducted with its commercial partner Monash IVF have shown a “high level of accuracy level in identifying viable embryos”—which could mean almost anything.

Moreover, identifying viable embryos is only the first hurdle in IVF. Those embryos then have to be transferred into a human host—and women struggling with infertility are typically older than 35, have often experienced repeated implantation failure with no explanation, and may have known fertility issues, such as endometriosis.

A true “end-to-end” AI for infertility care will have to integrate complex (and diverse) datasets that are currently managed in multiple, incompatible systems—patient demographics and medical histories; drug-treatment regimens, pre-implantation genetic screening; and clinical pregnancy outcome data. It would help physicians to choose among several treatment options that have the highest success rates, and accept new information based on the patient’s responses to treatments.

In clinical embryology, we don’t yet know the feature or set of features that are most predictive of IVF success. It is possible that the most important variable for a successful IVF cycle could still be unknown to science—but that could in principle be uncovered by an AI system. Certainly, one caveat plagues the field of medical AI: we don’t know what we don’t know, and human experts have to “train” AIs, leading to potential amplification of our own biases, or completely overlooking certain types of data. AI technologies have tremendous potential to help the field of infertility medicine to transcend its current narrow focus on individual embryos and uncover new patterns hidden in the patient data for the treatment of stubborn infertility.