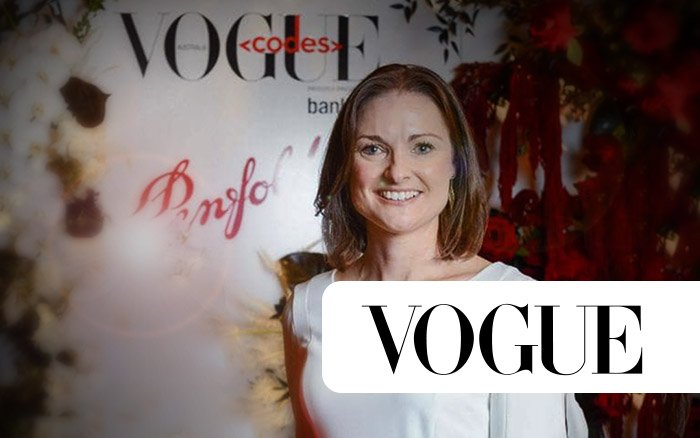 Dr Michelle Perugini is shaping the future by using artificial intelligence to improve outcomes for women in IVF.

IT SHOULD COME as no surprise that Presagen, an innovative artificial intelligence-based business, was born in Adelaide, like its co-founder Dr Michelle Perugini. South Australia’s history is filled with firsts. Notably, it was the first place in Australia to grant some women the right to vote in 1895, a full seven years before the right was extended federally. More recently, a government focus on sustainability and innovation has created more opportunity in the technology sphere. The state’s chief entrepreneur, Jim Whalley, is overseeing the creation of Lot 14, a new innovation hub in central Adelaide, and the brand-new Australian Space Agency is based in Adelaide, also home to several space-related start-ups.

“We have a thriving innovation ecosystem here in South Australia,” says Perugini. “That includes an amazing talent pool in the deep tech space, a supportive government environment and a very cohesive and collaborative industry sector. After losing our traditional manufacturing industry, we have evolved to focus on more advanced technology – including space, medical technology, cyber security and AI. The geographical disadvantage no longer exists; it’s possible to create a global company from South Australia.”

Presagen, the company Perugini founded with her husband Dr Don Perugini and Dr Jonathan Hall, uses artificial intelligence for image-based medical diagnostics. “We partner with clinics and research institutes to create AI products for specific medical applications,” says Perugini. Their first application, Life Whisperer, uses AI to help select healthy embryos during the IVF process. While it may seem confronting to have a computer playing a large part in a decision previously made by an embryologist with many years of training, it demonstrates the very strength of artificial intelligence. With computers able to process – and learn from – huge quantities of data in a short time, including identifying complex patterns which may not be visible to the human eye or perceptible by the human brain, Life Whisperer’s early results indicate a marked improvement beyond the traditional method of embryo selection. Part of the company’s philosophy is to ensure the technology is widely available at low cost. This means the software is web-based for easy access by clinics worldwide, and affordable for patients. The company has recently raised a seed round of $4.5 million to execute on their plans and scale up their business, including a contribution from the South Australian government through its Research Commercialisation and Startup Fund.

Perugini’s vision, and that of other South Australian women past and present, was celebrated recently at a dinner to launch Vogue Codes for 2019 held at the Penfolds Magill Estate. That evening, Perugini spoke on a panel with Vogue Australia editor-in-chief Edwina McCann and Penfolds senior winemaker Stephanie Dutton, who started with a degree in science and developed an interest in wine while working in hospitality during her studies. “I was unaware at the time that my daytime university hours were setting me up with the technical skills that would underpin my career, while my night-time hours were providing the dexterity that I would later require to craft Penfolds wines with intuition and sensitivity. I love that winemaking is driven by things that you can’t see, aspects that you can’t measure, impressions that you can’t define, yet it is still described as a science,” she says.

The story of Penfolds itself is one of vision and innovation, which made the location fitting for a night that celebrated some of the state’s most inspiring women. Dr Christopher Penfold, his wife Mary and daughter Georgina, arrived in the colony of South Australia in 1844, bringing with them the first vine cuttings from France and establishing a wine-making business at Magill, with Mary teaching herself the technique and directing the winemaking.

“Everyone expected that Mary Penfold would sell the family business when Dr Penfold passed away,” says Dutton, “but she survived him by a further 25 years, continuing the entire time to build the brand outside of the tiny colony of Adelaide. What a great reminder that you don’t always have to do what is expected of you.” Mary’s integral contribution to the brand is celebrated in The Commander In Chief 2017 South Australian shiraz cabernet, released in March as part of the Tribute range honouring its founders and legends.

Dutton points out that gender diversity in winemaking, although perhaps not historically a priority, should be a foregone conclusion. “Winemaking relies on an individual’s biology. Tasting is influenced by body temperature, hours of sleep, hormones, sensory receptors and so much more. It makes complete sense to have biological and gender diversity in a winemaking team.” When asked about how she feels as a woman in a male-dominated field, Perugini reports that things have changed significantly for women in technology. “The onus is now on us to take the opportunities we can and showcase the contributions we can make,” she says. “I think we will have amazing female entrepreneurs filtering through who will become leaders in their fields and engender the next generation of innovators.”